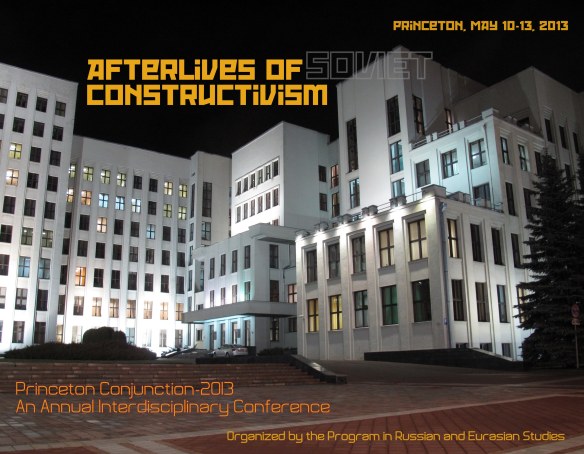 “ILLUSIONS KILLED BY LIFE”:
AFTERLIVES OF (SOVIET) CONSTRUCTIVISM
May 10-12, 2013
Princeton

In 1923, the influential Russian writer Maxim Gorky complained in one of his letters: “In Russia, formalists, futurists, and certain people called constructivists perform all kinds of deformity. It must be stopped.” Stopped it was not. In the early 1920s, Russian Constructivism emerged as a key emblem of Soviet modernity that responded to the call to “materially shape the flux” of social life, as Alexei Gan put it. It did this through a series of crucial theoretical, aesthetic, and technological interventions which broke with the artistic languages of the past and, simultaneously, offered new tools for organizing a new life.  Penetrating all spheres of the everyday – from housing, tableware and clothing to public space, mass performances and journalism – Constructivism fundamentally changed not only the vocabulary of expressive means but also the very understanding of the material environment and its social potentialities.

In the last two decades, this initial and most productive period of Constructivism has captured the interest of scholars again and become a privileged site of analytic and historical investment. The goal of this conference, however, is to shift scholarly attention to a less radical but no less complex stage in this movement’s history: the afterlife of Constructivism. In 1922, Boris Arvatov, a leading art critic of the time, described the Constructivist approach as “illusions killed by life,” 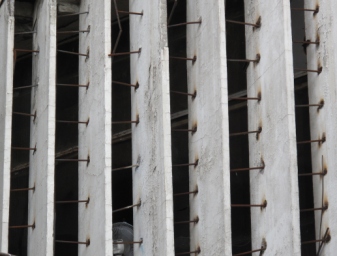 seeing in the sober rationality of this movement a viable alternative to the illusionist and mimetic arts of the past.  It is precisely this ability of Constructivism to turn dead illusions into a source of inspiration that this conference plans to investigate.

The conference will explore the remains, revenants and legacies of Soviet Constructivism through the 1940-1970s – both in the USSR and beyond. We are interested in historically grounded and theoretically informed papers that map out the post-utopian and disenchanted period of “the Constructivist method.” No longer “a Communist expression of material constructions” (to use Gan’s formulation), these belated Constructivisms made themselves known mostly indirectly: for example, in the heated debates about the role and importance of aesthetics under socialism, in the functionalist idiom of mass housing, in the visual organization of museum space, or in the reception and development of constructivist concepts in architectural deconstruction.